Growing Up :: Leaving My Hometown

Growing Up :: Leaving My Hometown

Leaving my hometown to study abroad was one of the best decisions of my life. Sure, it was a challenge, but one I would take again without blinking once! It made me step out of my comfort zone for the first time, yet the idea of a freedom never experienced before, compensated for that big. So when almost 18 years of age, on a leap of faith, I boarded the plane to the UK, to face this big, big world! My destination: London. 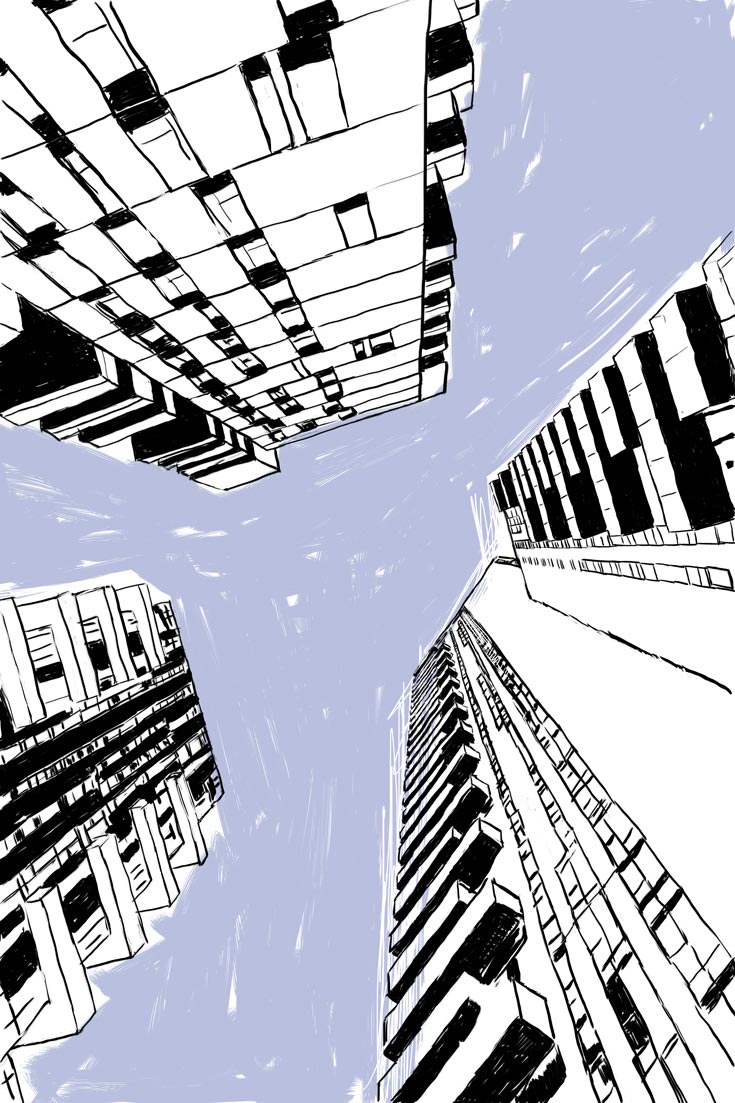 Evidently, the best part about this life-changing experience was that there were no vacancies in the University’s dorms. As such, I had to find myself a place to live. That was my ticket to lay claim to an unknown city. Thus, it turned out to be an unbelievable opportunity to find myself a room first and a flat later and make that a home away from home. Being stripped of any context, it propelled an exploration way beyond the boundaries of the University’s Halls.

Despite the fact that I was only a student, I tried to build myself a life surveying my whereabouts and more importantly my liking. Shortly after my arrival in London, I took a crack at decorating for the first time, on a tiny budget, my little adobe. I bought myself a sofa bed, a coffee table, bookcases, a desk, a drawing board and all the decor I could possibly afford to make it as stylish as possible.

And so, it became official. I hit a benchmark. I found something I really loved doing. I was the happiest when I would go decor hunting, perusing home catalogs, and shopping with intent. I almost felt as a real designer, but a lot more broke. Hahaha!

In any case, the idea of that newly found independence was simply intoxicating. The very concept gave me a rush of “power” – I could make my own rules and live with their consequences. Yet, there was no room for fear. Oh, no! Although, there was no safety net, no relatives or friends and was well aware of that, staying focused helped me get through it all.

I had some great times and I had my share of lows. Made plenty of acquaintances, but making new friends was a lot harder than I imagined. As a matter of fact, it became almost impossible (but I’ll get into that another time). I say almost, because I did make one, Nayia – a dear friend who I haven’t seen for a long while now, but take comfort in the fact that she’s there.

Be that as it may, I learned to depend on myself. Ultimately, that was the best confidence booster I can think of and one that shaped my identity to much of what it is now. The transition from everything before that point of my new life, came with the realization that it was entirely up to me to get things done. It was up to me to make this life work. Thus, this conscious awareness pushed me to grow up.

In all the ways I can think of, it was my definitive crossing the line into adulthood. But, doesn’t everyone have similar stories about growing up? Of course they do. However, everyone’s story has a unique twist in it, that makes it special.

The twist in mine, was the fact that I come from a Greek family with very strong bonds. (My mom is German, yet she turned completely Greek on me, when it was time for me to go study abroad). Seriously! It was very tough on her. Why?

Let me try to put this in some context. You see typical Greek families stay close and I mean real close, over a really long period of time. (You must watch my Big Fat Greek Wedding, if you haven’t, to get a hint of what I’m talking about). As such, Greeks prefer it best for their children to study somewhere as close to home as possible.

Consequently, Greek kids “struggle” during their school years to prepare for the notorious Panhellenic entrance exams. However, in many ways, my situation was not the norm. So, my decision to go to the UK for my studies was anything but charming to my mom’s ears.

At any rate, let me fast-forward to last Friday. A friend of mine called me over to give her and her husband some advice for their living room make-over project. Just before leaving their apartment, she exclaimed ‘You know, I’ve never been on my own. I never left my hometown to study or work. You did.’ That’s why it comes natural to you, she continued saying.

As I smiled back unconsciously, I felt a bit off guard. It was a great compliment, but one that got me thinking too. For I never fully contemplated the impact of leaving my hometown in the ways I turn any house into a home. As I thought of it over again and again, I think it’s that nakedness that comes when leaving your hometown; you’re stripped. A clean slate. Yet, it has you devising mechanisms that perhaps you would never otherwise thought of. As you hit different benchmarks, it dovetails a transformation that comes with aging. And although, growing up remains more vague for some than others…it is OK to leave your hometown and claim any city as your own. The rest as they say is history!

November 8, 2019
Previous
Resistance Band At Home Workout | Lower Body
Next
The 2019 Amara Interior Blog Awards
You might also like

https://te-esse.com/wp-content/uploads/2020/01/arche-de-la-defense_1_velvet_feature.jpg 440 440 Velvet Velvet https://te-esse.com/wp-content/uploads/2020/01/ADP_9072_1.jpg January 13, 2020 January 31, 2020
Login to Te Esse by Velvet
Reset Password
Enter the username or e-mail you used in your profile. A password reset link will be sent to you by email.
Already have an account? Login
This site uses cookies in order to provide a better user experience. We'll assume that you OK with it, but you can opt-out if you wish. Read more.