Mothers Talk :: The Loss of a Miscarriage

Mothers Talk :: The Loss of a Miscarriage

Loss is something that we all experience at some point in our lives. You can’t run from it, you can’t hide, and you certainly can’t change the course of particular events no matter what. As such you can only try to deal with it the best way you can. And any miscarriage is a loss. 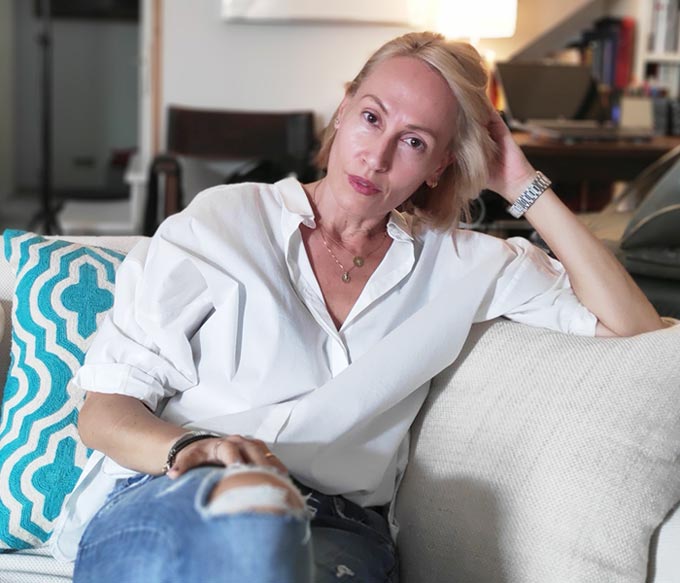 It is the kind of loss that most women don’t talk about – like a verboten subject. It makes people uneasy. I had a miscarriage and I certainly didn’t, except with the ones closest to me!

As a matter of fact, I had three. The first one was very early on, so its impact was felt the least. Nonetheless, there was a lot of pain and bleeding. I felt drained. Literally! But I got through it, muting all my sadness. Perhaps because, deep down I had faith. So I kept positive. And shortly after that I was blessed with my precious little boy after going through a dreamy pregnancy that felt more like a joyride.

But the second miscarriage was a real shock. Physically and psychologically. I really didn’t see it coming. That morning, I woke just fine, until while running errands I felt a tear inside. Instinctively, I knew. Still I tried to remain positive. Then came the heavy cramps along with the intense pain. By the late afternoon, the pain and bleeding was beyond description. I could not utter a single sentence. I was too numb.

I was told that it’s best to let nature do her thing and so I lingered on in agonizing, excruciating pain. The intense pain and bleeding continued for three endless days until it began to pacify. A week later and I was back on my feet doing the usual.

However, the scars were etched in my insides. Although I tried to remain as calm as possible about it, honestly I was a mess. I hit rock bottom. I wanted to cry all the time. All the while, my brain tried to joggle with all those ‘what if I did this or that instead.’ For some time, I reckoned that it was something I had done. It took me a long while to put things into perspective and accept my gynecologist’s pep-talk that it was no wrong-doing of mine and that I need to show faith. Sometimes, nature knows best…

So I tried not to drown in my sea of sadness. I wanted to be strong, but it turned out that my husband was strong enough for the both of us. And there was a LOT of comfort in that. But the greatest comfort came from my sons’ hugs and words. Everything he said and did felt like a wonder.

And so the days rolled. Until I confirmed my new pregnancy. I felt happy and tried to put aside any dark thoughts. After all the first scans were all looking good and hopeful.

But at the beginning of my second trimester my nightmare revived. A numbness to the core of my last cell took over. I couldn’t believe I would have to relive that suffering all over again.

The numbers said that: “Once a pregnancy makes it to 6 weeks and has confirmed viability with a heartbeat, the risk of having a miscarriage drops to 10 percent.” (Source: Healthline). I was past that, so why now? It didn’t make sense to me. It was too much to take, but I was given no other choice.

Obviously, that was impossible…I remember going to my bank branch a week later. The teller commented on my good looks for I looked less puffed and swollen. Tears immediately flooded my eyes, as I found myself explaining that I had a miscarriage. The poor lady turned white in horror. How was she to know, right?

I gasped for air and ran out as fast as I could. I then called my husband in sobs, telling him of the instance. He tried to comfort me over the phone, while I kept thinking that I that I did not want to go through this ever again. Ever! Miscarriages suck! 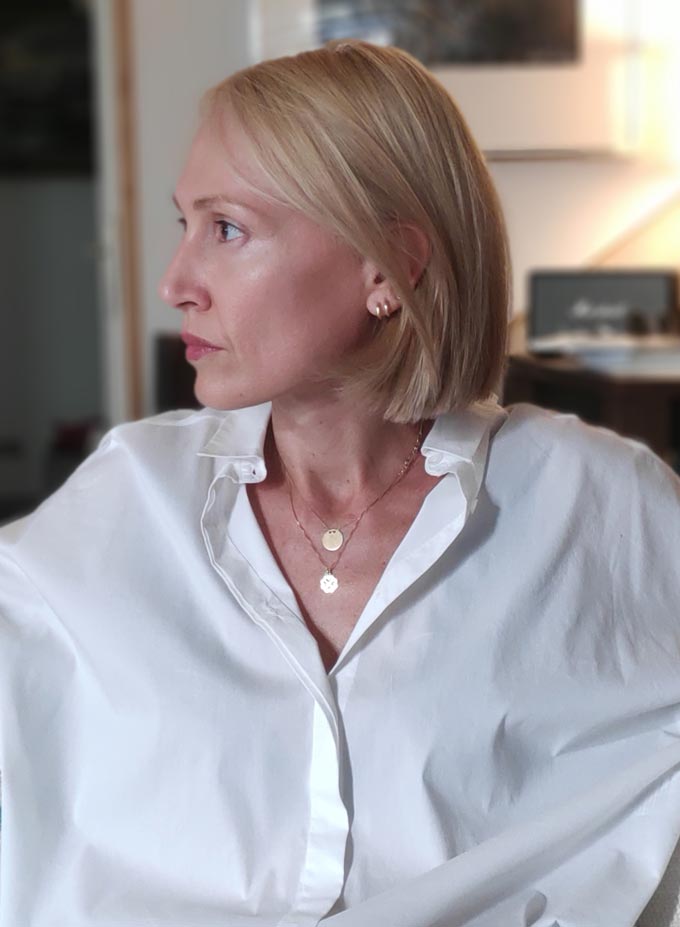 But that was not remotely as hard as trying to explain to my little boy what had just happened. I knew he had a lot of questions, yet despite it all he took it rather well. All the while my husband and I tried our best to make some sense out of it.

Hence, when I found out about my next pregnancy my feelings were completely mixed. Joy wanted to overtake me, but I was stricken with fear, panic and sheer agony about the outcome – all at the same time. I reckon that my gut feeling tried to warn me not to take anything for granted. This last unexpected pregnancy of mine was not a walk in the park. On the contrary complications appeared since week 8.

I came this close again to another painful miscarriage. And I mean real close. Every day that went by though, this new life inside me kept fighting and that felt like a blessing that filled me with hope. Sheer agony became my companion as I lay in bed for months, till the very day my little princess was born on a bright winter’s day.

Believe me, this has not been easy for me to share. I’m too much of an introvert and a private person when it comes to personal stuff. But, every time I come across another couple struggling with pregnancy issues, I have come to realize that talking about it helps.

At some point, someone tried to comfort me by saying that “It’s not the end of the world… There are so many worse things going on out there, so there’s no point in crying your guts out!” Needless to say, that despite all the best intentions meant and the sad truth behind that statement, it made me feel even worse. Personally, I don’t think that is something you should be saying to a woman who just had a miscarriage. Instead, let know her that you are there for her. 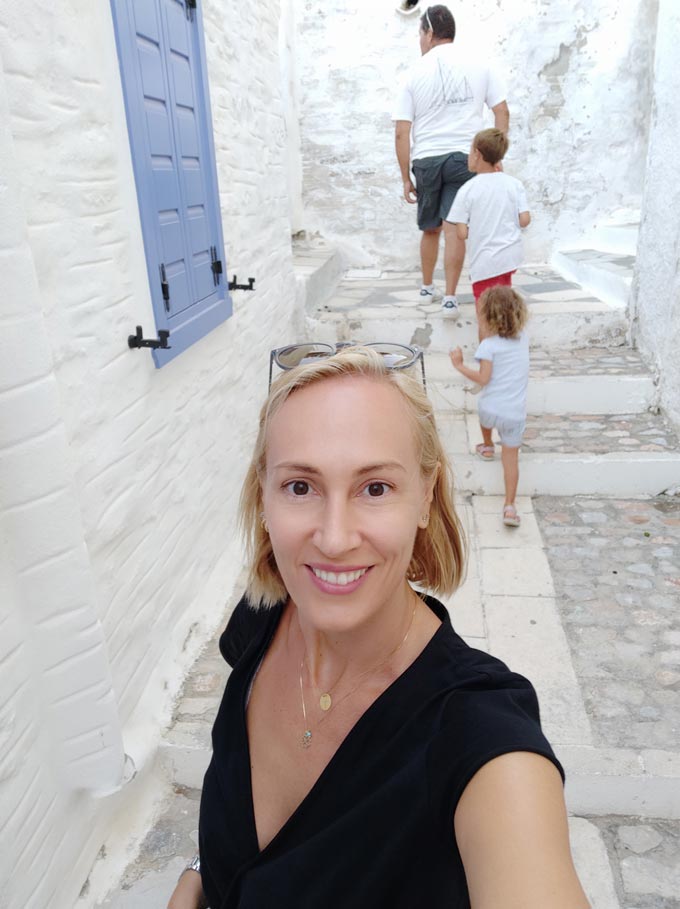 The bottom line is that a lot of women go through similar experiences. Some statistics even say that one in three pregnancies leads to a miscarriage.

And yes, women do survive miscarriages. But the loss is just as real and it’s OK to drown in tears with your head spinning, feeling like you lost the earth under your feet. You might feel broken, but you’re not. Take comfort in the fact that better days do come. And that’s what I want you to keep from my story.

October 7, 2019
Previous
Hotel Harry :: Cuban Inspired Interiors
Next
Decorating with Green Walls
You might also like
One of the following
February 25, 2020

https://te-esse.com/wp-content/uploads/2020/01/arche-de-la-defense_1_velvet_feature.jpg 440 440 Velvet Velvet https://te-esse.com/wp-content/uploads/2020/01/ADP_9072_1.jpg January 13, 2020 August 25, 2020
Login to Te Esse by Velvet
Reset Password
Enter the username or e-mail you used in your profile. A password reset link will be sent to you by email.
This site uses cookies in order to provide a better user experience. We'll assume that you OK with it, but you can opt-out if you wish. Read more.