Every new mom awaits patiently the arrival of her baby – that little person that will take over the whole of her heart and change her life around forever. And naturally every mom wants to design a nursery room to prepare for this arrival. For it also happens to be the only real thing that any new mom has some control over. In the haze of hormonal imbalances, morning sickness, nose bleeds, hot flushes, swollen limbs and cravings, it’s no wonder why new moms get a little craze over the design of a nursery. However, before setting out on a shopping spree you may want to find out the baby nursery essential pieces! 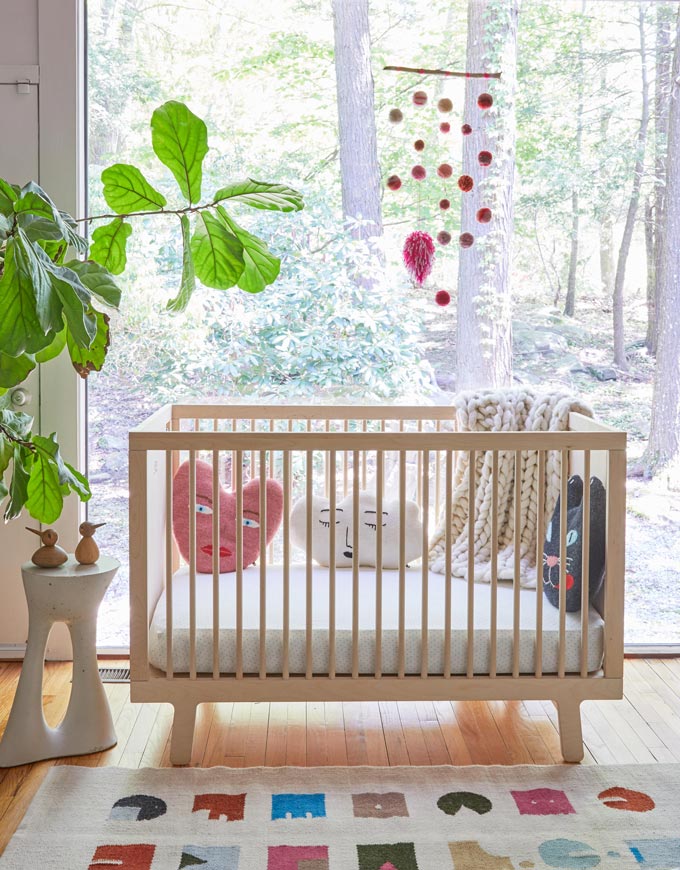 The truth of the matter is that it is a real fun project, as long as you don’t let anxiety get the best of you. Thank goodness when my anxiety levels began to kick in during the fifth month of my pregnancy, I didn’t go overboard and took kept my cool. Being a strong believer in slow design actually helped me hold back (and not buy everything on first sight) and it turned out for the best in numerous ways.

Instead, I focused on what I believed were the “bare” baby nursery essential pieces that I will share with you today, along with some inspiration, to help you feel more confident about your choices concerning your baby’s nursery for this is an on-going joyride…

Let me start off by saying that my pregnancy to my first child was beautiful (can’t say the same for my second). I wasn’t worried about much and looked forward to meet this little new person of mine. George, my husband and I, made some preparations, but we didn’t actually make a nursery. Don’t get me wrong. Each of my children has his/her own room. But we simply never designed their room as a typical nursery where everything was ready to the last detail.

You see I didn’t want to design something for someone without feedback. I wanted my son to have some say in the making of his room therefore, we only bought the essentials listed below. As you can guess, we used the same stuff for our second baby too. 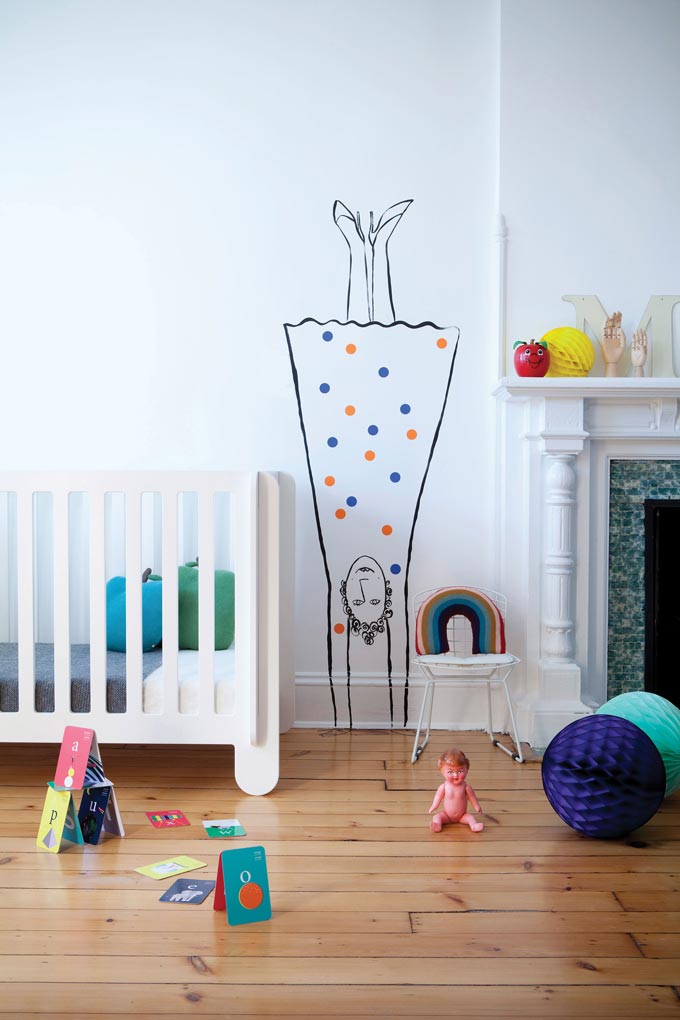 Image by Cuckooland. A little imagination can go a long way. Being playful is so important!

We said NO to: a nightlamp, rocking chair, mobile, dresser, a diaper pail and an area rug. I always reckoned that one sleeps best when a room is as dark as possible. Bonus: both of my children were not and are not afraid of the dark. I also didn’t want a rocking chair, because I didn’t want to end up with a chair with no long term use for me.

Luckily, our bathroom was big enough to accommodate for the changing table, and therefore I didn’t really need a dresser. Besides, all of the baby’s clothing fitted perfectly within the drawers of the built-in-closet in the baby’s room.

As for the mobile, we received one as a present from my sister, but I don’t think we ever used it more than two to three times. My son never got into it. Therefore, I was glad that we didn’t spend money buying one. I also didn’t get a diaper pail is because I reckoned that it would be best to toss the dirty diapers in a regular bin outdoors. (The odors stay trapped in a regular bin for as long as the lid on).

And finally, I opted for tatami flooring as opposed to an area rug. It is very convenient to clean and it baby proofs the flooring from accidental nasty falls. I still have it in their rooms and it’s probably one of the best choices we ever made. 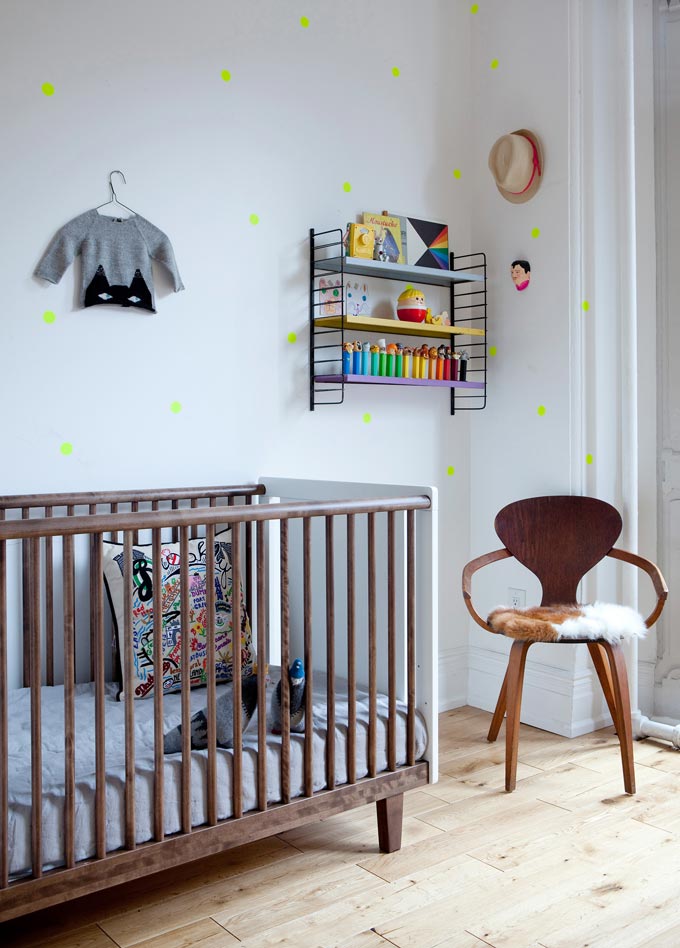 Image by Cuckooland. Love the walnut color of this cot bed.

Now the thing is that every family is different. Every pregnancy is different. And every post-partum experience may differ considerably. Therefore, it’s not easy to tell for sure if you want to have your new bundle of joy sleeping in a crib next to you or not. And if so, for how long?! I truly believe that there are no fixed rules, just loose guidelines. Everyone has to make their own as they go along.

So George and I, were more comfortable with the idea of having a large bassinet, next to my side of the bed. That way, I didn’t necessarily have to get up in the middle of the night to breastfeed in another room. Luckily, this arrangement worked beautifully for both of my children until they were around six months.

Then I moved them to their rooms to sleep in their cot bed. During the daytime though, many times I placed them in their cot bed which was located in their room, for a nap. As such, they became quite familiar with their bed and their room. 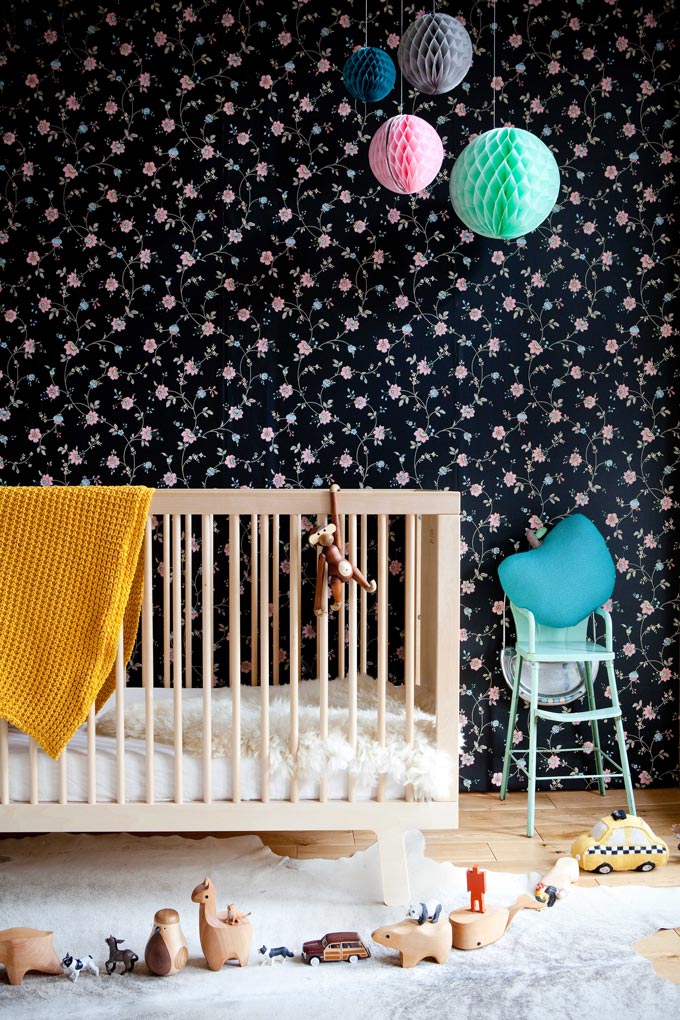 Image by Cuckooland. An Oeuf Sparrow cot bed made be converted into a toddler bed later. 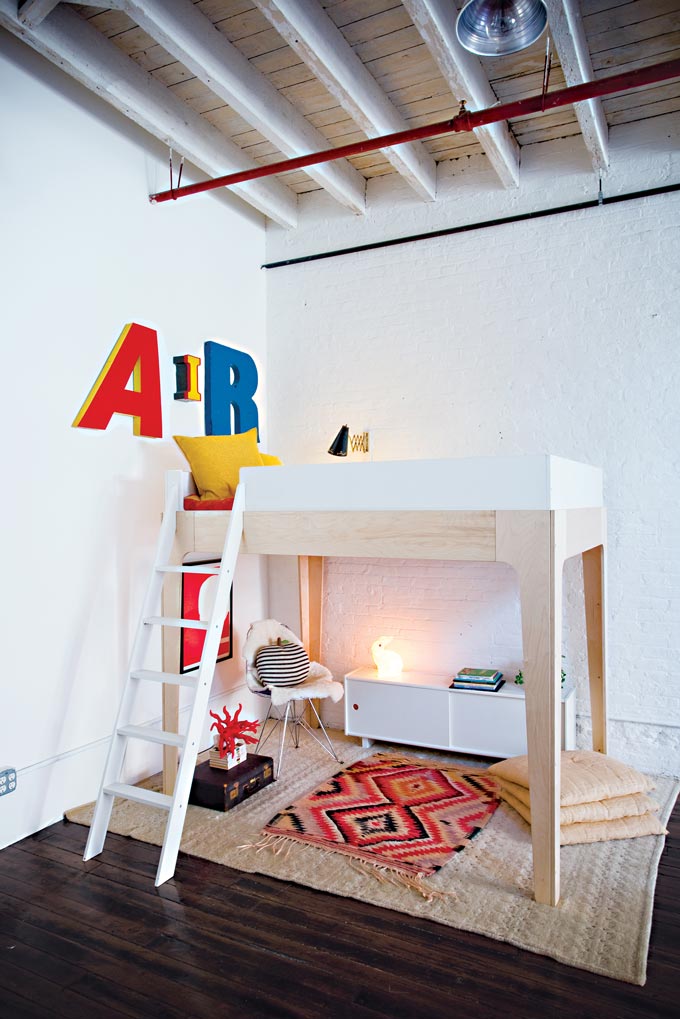 Image by Cuckooland. The Oeuf Perch loft bed in white and birch.

However, a cot bed is one of those things that one should not spend too much money on in my opinion. Believe it or not, it’s not a long term piece. When we bought our baby’s cot bed we were told that a child will sleep in it until the age of five. That couldn’t be further away from the truth. Especially in our case.

By the time both my kids reached the age of two, they were ready to sleep in their big person’s bed. That was the time where George and I, actually decided to spend good money in buying a loft bed that would serve as a fun-play-sleep-station for them and would adopt to their various growing needs. Believe me, both my children adopted nicely to their new grown-up beds and they love the possibilities that can be created from having such a bed. 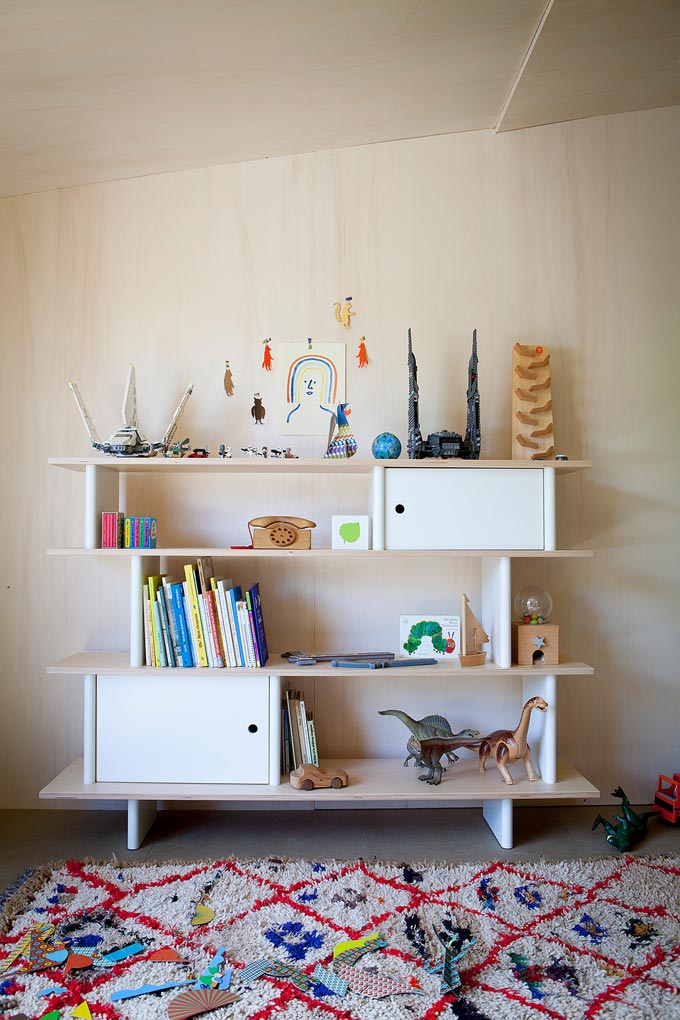 At some point we also bought a play pen with a mattress. You see, I had this silly notion that my son would like to stay in it and play on his own for a little (like 15 minutes), while mommy is cooking or showering. Apparently, my son was first to reject the idea of playing by himself within a restricted area, my daughter seconded it.

Therefore, I’m pretty convinced that it’s not a viable safe “play” solution for many kids, so do consider this quite carefully. It did serve us though, quite well during our vacationing as a cot bed for both our kids, wherever we went. So, in the long run it was worth it but for a different purpose to what we had initially in mind. 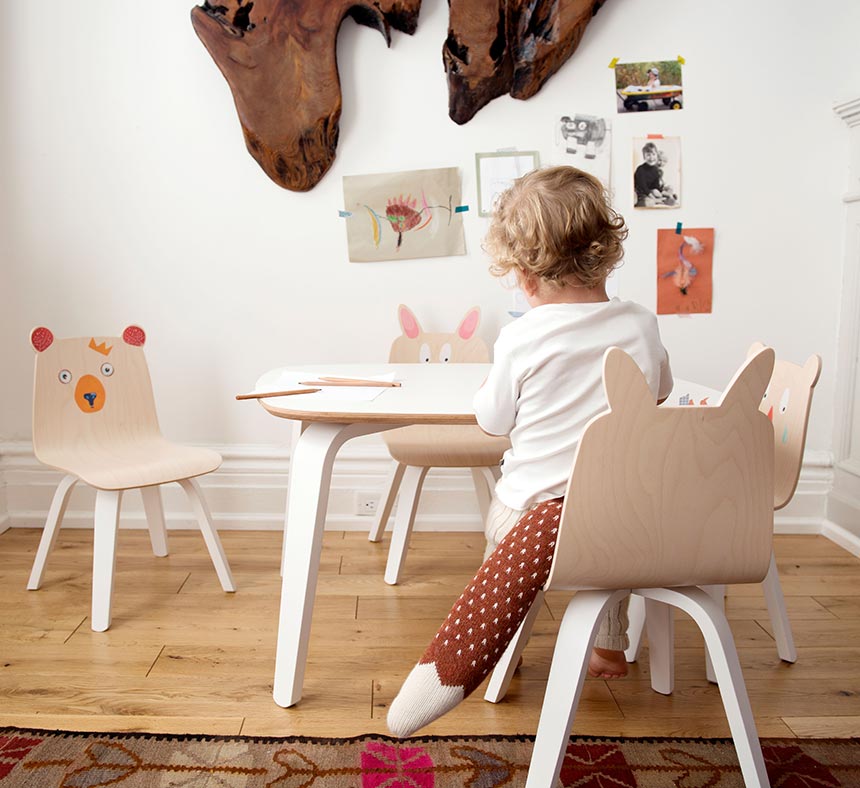 At the end of the day, the ultimate aim is to opt for long term furniture. And this brings me to the rest of the furniture including toy storage. Every nursery must have some toy storage solutions. I think that’s much more important than a dresser.

Bookcases with IKEA boxes proved to be a real good solution to this. We also found extremely useful an IKEA table and chairs designed for small children. We bought those when my son was around six months old. That’s when he managed to stand up and reach out for his toys on the table. At seven months he took his first steps and I think he felt safe having a table and chairs to hold on to. Thus, the timing couldn’t be any better. 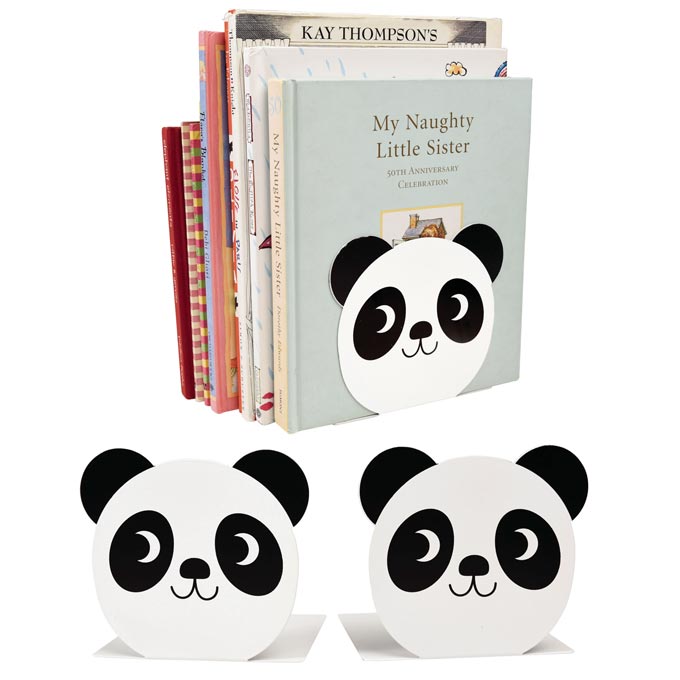 Beyond furniture though, I’m sure that you’ll agree that it’s the little details that make all the difference. A nursery room certainly follows that rule too. Decor details like book-stands, wall stickers, wall hangings and even coat hangers help create a design theme. My son chose the pirate theme. For my daughter it was about the animal kingdom.

However, it’s not always that easy to find decor from similar themes that will create a cohesive result. For example, finding little coat hangers wasn’t as easy as I thought, especially ones with a pirate theme. Animal coat hangers are apparently easier to come by, so I thought I might as well share these with you. In any case, I just love the thought of opening a big closet to find tiny clothes hanging from the rail in cute hangers like these. Don’t you? Like I said, details! 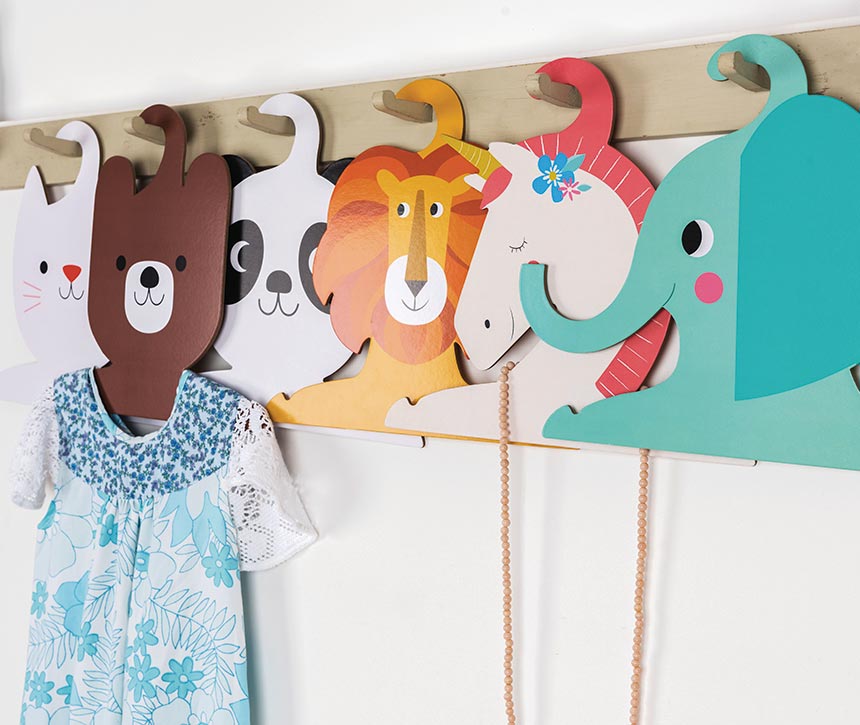 Accessorizing wisely will save you loads of time and money. I knew kids grow out of things fast, but in reality it was a bit faster than I actually expected. Most people say that their kids are ready to update their rooms around the age of five. I think it’s actually a lot sooner.

Thus, I was glad we invested in a more permanent room design with a young child bedroom in mind approach, where my first born had an actual say in it, rather than put too much money and effort in a nursery that would be outdated way too soon anyway. (And if you need more design tips about a kid’s bedroom then read this post of mine).

So, in my opinion say yes to a: dresser, changing table, bedding, cot bed, crib or bassinet. Say maybe to a: baby monitor, diaper pail and an area rug. Say no to a: mobile, nightlight, rocking chair, and baby swing.

I hope this helps! The upshot of this post, is that it’s OK to take your time to make a simple nursery but ultimately a great kids room. You set the goals, you set the pace. So if a new mommy is reading this, then know that it’s OK not to have everything finished by the time your bundle of joy arrives.

P.S. Don’t miss to follow us on Instagram with stories from London and the Amara Blog Awards Ceremony. 😉

The Anatomy of a Stylish Home : Decorating with Intention

https://te-esse.com/wp-content/uploads/2020/01/Bloomingville-Bookcase-Bücherregal-4_2_feature.jpg 440 440 Velvet Velvet https://te-esse.com/wp-content/uploads/2020/01/ADP_9072_1.jpg January 21, 2020 July 31, 2020
Login to Te Esse by Velvet
Reset Password
Enter the username or e-mail you used in your profile. A password reset link will be sent to you by email.
This site uses cookies in order to provide a better user experience. We'll assume that you OK with it, but you can opt-out if you wish. Read more.