One day before schools open officially here in Greece! Our school shopping list included all the books and supplies, a bigger backpack, laced sneakers and his school uniforms… A check to all of these so, I can actually say that we’re ready for this new school year. Looking over at our shopping list, nothing odd strikes me except the school uniforms that we had to buy from a specific supplier. You see when I went to kindergarten and first grade, school uniforms where mandatory for everyone regardless, until one day this rule was abolished. All of a sudden, I never had to wear again another school uniform and no one talked of them again for some time. Now, my son attends a school where a school uniform is mandatory for all Elementary students. Similar school policies seem to apply in other schools too. All of a sudden, the school uniform – this forever ongoing debate – has resurfaced. Are school uniforms necessary? Are they beneficial? Or restrict students’ freedom of expression? So today’s post will be based on my views and experience for every controversy has plenty of arguments whichever way you look at it. To be honest, some of the arguments I’ve heard or read on the web are almost ridiculous. Others though, make a valid point. 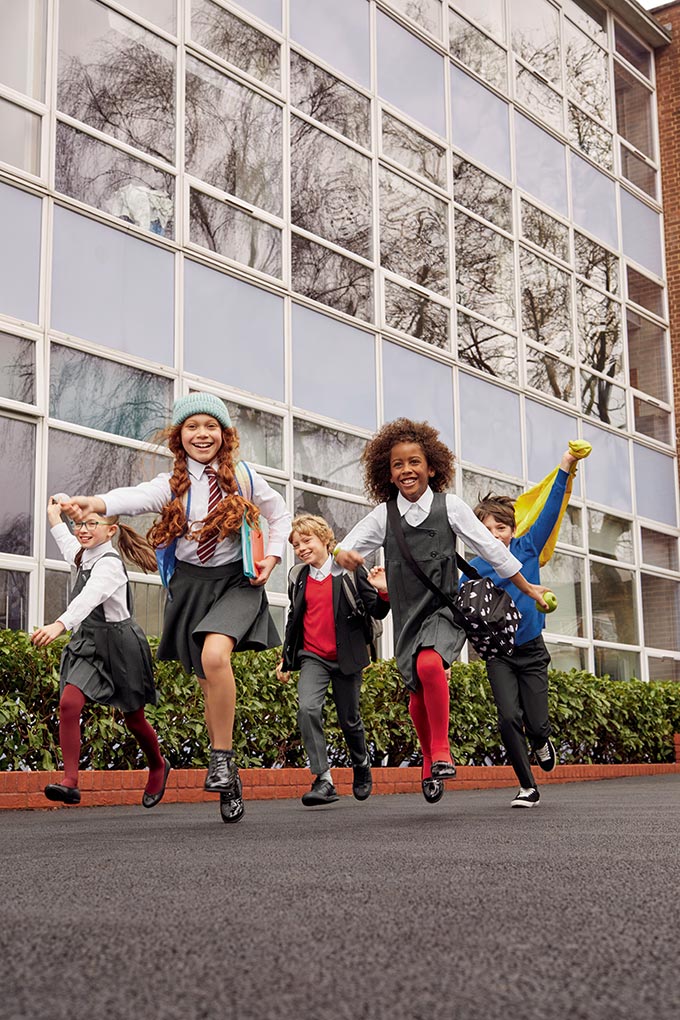 Let me start off with the obvious arguments I found around the web.

School uniforms make it easier to get ready for school. Based on my experience that’s a fact. We will never argue about what he’ll wear. He already knows. It’s a given. So he can’t waste time getting dressed even if he wanted to. The only real argument we occasionally have is ‘why he should go to school.’

School uniforms teaches kids how to dress smart. Seriously? I don’t think any 6 or 7 year old have a clue what dressing smart means. I don’t think they care enough for that. More importantly, do we really want them to dress smart just to prepare them for an unknown to us future? Is that the aim of a school uniform? If so, then I’m totally against that. 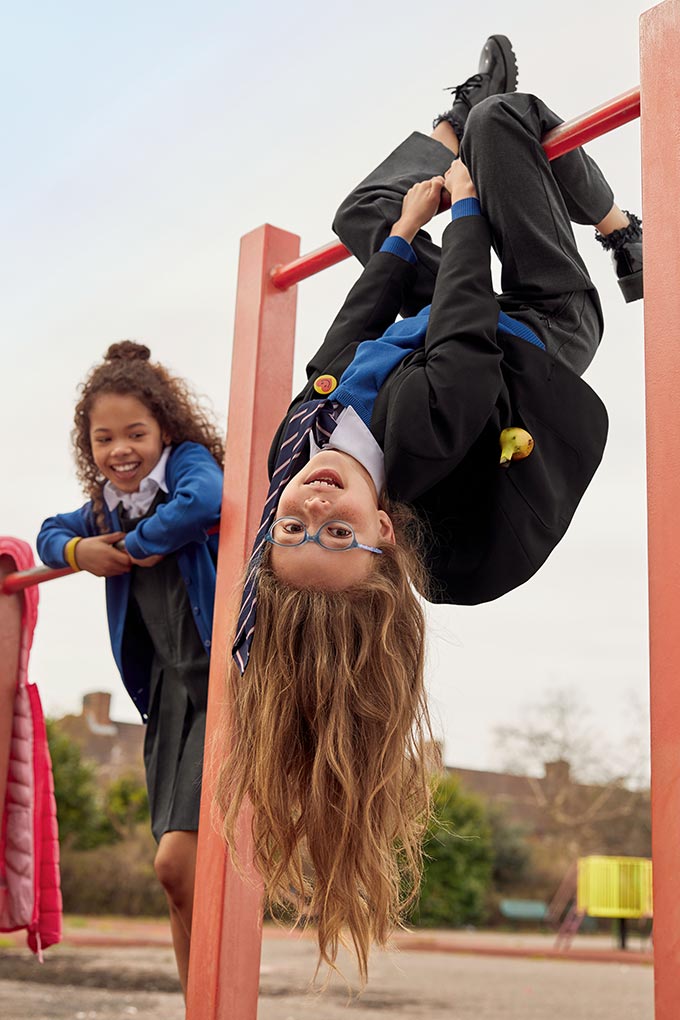 School uniforms create an identity for a school. Definitely. It makes it easier for anyone to spot a child that wears a specific school uniform to identify his/her respective school. (I guess it makes it harder for the older kids to cut classes and roam in the streets with ease). Does wearing a uniform create a badge of school pride? I think that depends. There are plenty of good schools out there without a uniform policy that create school pride because they excel in promoting better ethics, morals and values as opposed to better grades in maths and language alone. No uniform on its own merit can do that. Let’s not forget that schools are institutions run by academics and teachers. Teachers are mainly responsible for creating a strong sense of school pride and kids will honestly appreciate their school if they have fun in it.

Uniforms create a sense of belonging. Sure – but do 6 and 7 years old children really think much of that? I don’t think so. I think all kids have a sense of belonging to their school, regardless if they wear uniforms or not. Furthermore, pride in attending a specific school and belonging to it, comes when the kids are actually happy in it. That takes a lot more than just wearing school uniforms… 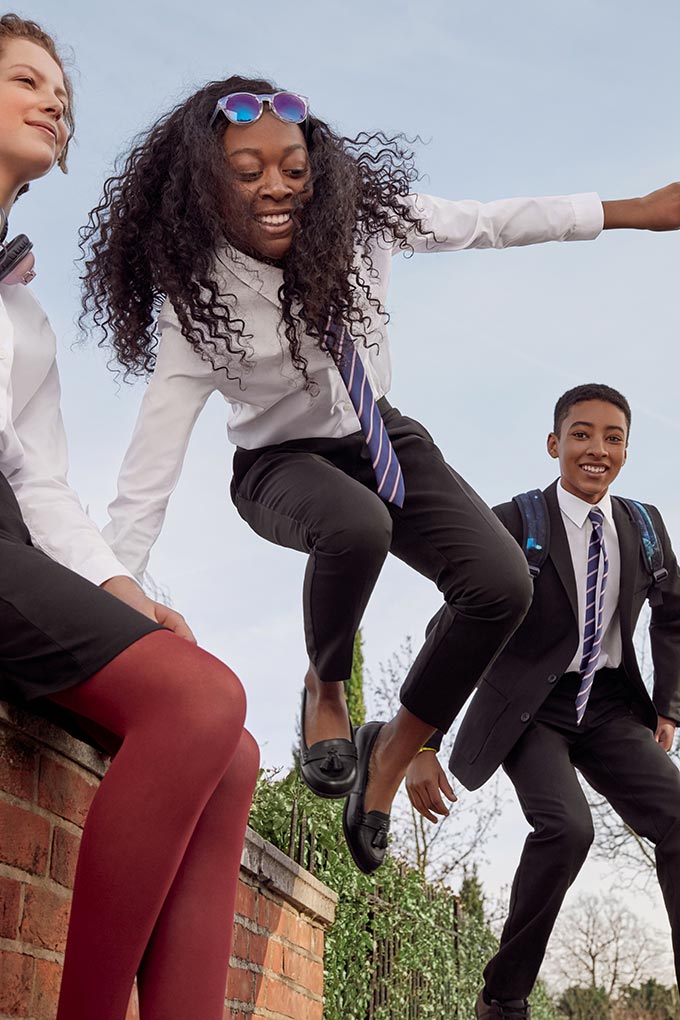 School uniforms help reduce peer pressure and bullying. I think that’s true to a great extent. If everyone wears the same then bullies won’t be able to pick on other students based on their clothing. One less target. So perhaps, there will be less fear among students. I for one, have been a bullying victim numerous times for my different dress code that didn’t “fit in”. Therefore, school uniforms could be a tool – a safety net for students if I may call it so – that teachers can exploit in a true effort to cultivate more open mindedness in the student body and less toleration of bullies and hence, eliminate phenomena like discrimination and bullying.

Uniforms restrict freedom of expression and hence, have a detrimental effect on students’ self-image. Uniforms may indeed restrict freedom of expression, but only to an extend. I think that’s only true at a superficial level. As a matter of fact, especially being a mother of two, I refuse to believe that the personality of any child won’t shine through a uniform. Individuality always prevails because it’s a mindset above all, based on personal traits and behaviors. And so, students come up with unique ways to wear their uniforms, whether we like it or not.

Hence, after having said all that, school uniforms may indeed have some good attributes, but they’re definitely not necessary. They are no a good fit for everyone (since there are issues to consider with regards to gender-fluid students as well), but the pros in some cases outweigh the cons. They’re not fashionable, but then again they were never meant to be. So, when it comes to my son who is an Elementary student now, yes I definitely like the fact that he cares a lot more about seeing his friends and playing with them rather than wondering what to wear every morning to school. I like this “less stress” in my life. Perhaps when he becomes a teenager, it will be a different ballgame. During those awkward years, teenagers worry constantly about the way they look. All of a sudden any rejection has a different gravity feel to it and no school uniform can deter that from happening. To be honest, I don’t think middle or high school children should wear uniforms. But I also sincerely believe, that we, as parents and teachers, have to help our children build their self confidence from a very young age, teach them to respect others and their feelings, show them that empathy builds ethos and strength and obviously, help them focus on the real stuff that matter i.e. true friendships.

I wish you all parents, teachers and students alike a great new school year!

The Benefits and Challenges of a Multi-Cultural Family Environment