Hi, everyone! I thought I share with you today, one of the most simple DIY’s ever – a wall hanging. It’s so easy that it’s almost embarrassing sharing it here like this! It’s one of those tiny projects that you do at a spree of a moment kind of thing. The great thing about it is that you can customize it with anything you’d rather like i.e. photos, necklaces, hats, or scarves. 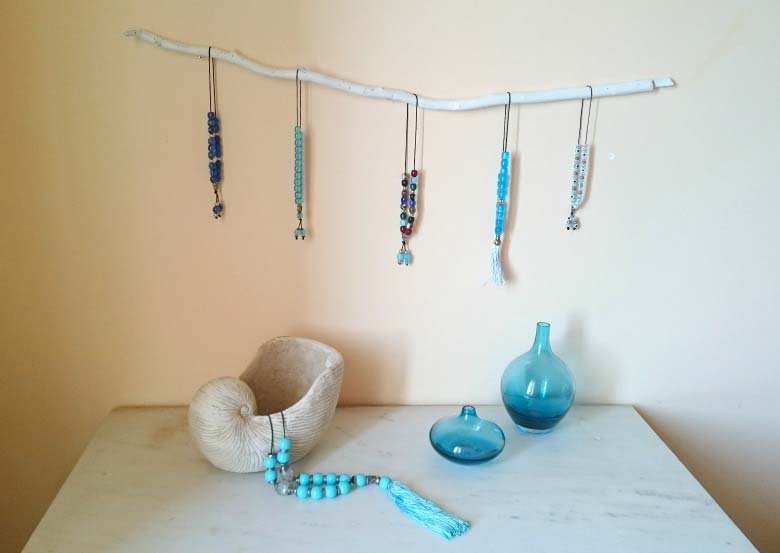 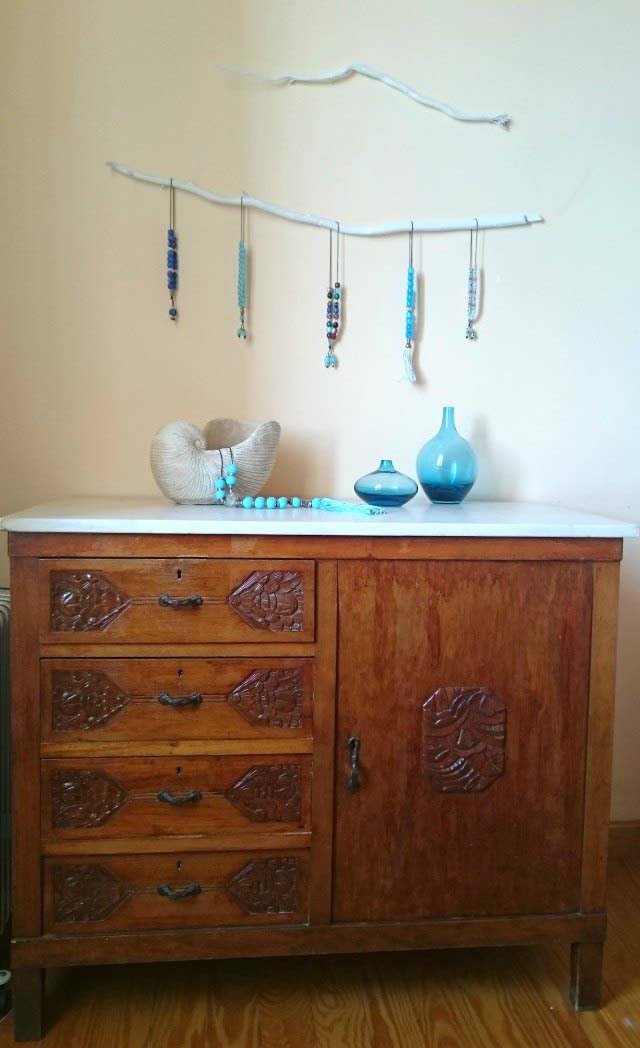 This in fact is a very old sideboard with a white marble top that Elisabeth has at her summer house in Syros. One day last summer, she found two washed off branches by the shore (not of the same length, but strong and not easily breakable) and brought them home. She figured that they might come handy at some point, and so they did.

So, once the paint was all dry, she lined up some of her worry beads and placed them as shown here. She then added, a faux shell on the marble top and placed the largest turquoise worry bead in such a way as if the worry beads dropped out of the shell. She also added the turquoise blue vases next to it and there you have it. Simple! I told you!

The Greek worry beads add a “touch” of something regional that complimented nicely the fact that this is a summer house on a Greek island. It’s something that older Greeks used to traditionally hold to help them get rid of their stress. Like I said earlier, this is dead easy and you can choose to hang anything else, as long as your sticks will take the load.