Hey new mommies! I want to share a personal experience of mine with you all, hoping that it might be of some help you… When I found out I was pregnant with my firstborn I knew that I would do everything I could to breastfeed my child. Friends of mine had already described some of the “hardships” they encountered, but their descriptions certainly didn’t put me off. I was determined. And so I did, for 21 odd months. 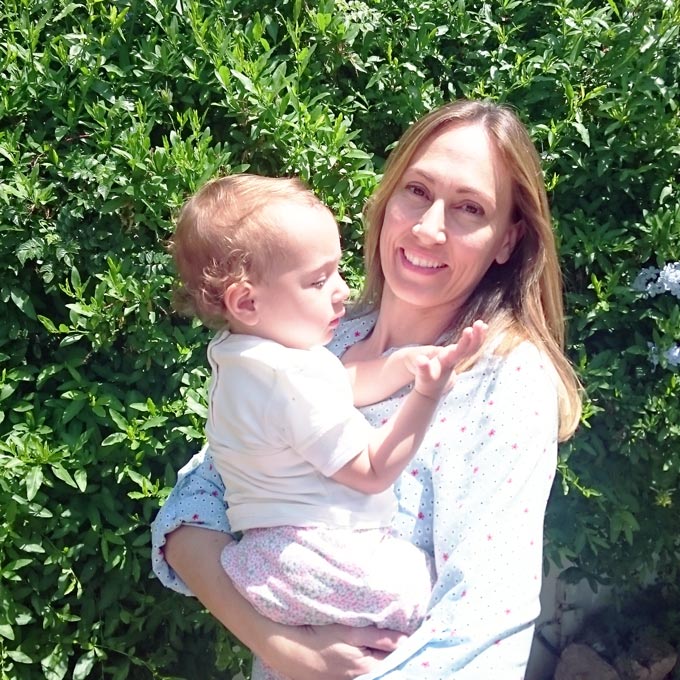 With my baby daughter

I breastfed my bundle of joy 14 months – exclusively – and continued to breastfeed in the morning and at night for the next seven months. Until one night he refused to have any. He no longer had to. The feelings were mixed, but at the same time I was satisfied with myself for living up to my expectations.

However…breastfeeding had a few more hardships that I had no idea of and wasn’t prepared for. The trouble was that my precious baby boy had silent reflux symptoms that began early on at the age of two weeks old. (Note that there was no apparent vomiting or spitting).

My baby boy was in pain! I told my paediatrician about them, but these kept on worsening despite my desperate attempts to comfort my child the best I could. I was finally advised to give my child medication for a couple of months, that was meant to alleviate the symptoms. And it did so up to an extent, although the idea of medicating such a small baby made me uneasy.

I recall those days, when he was only two or three months old, crying his eyes out around 11:00pm every night. I still get the cold sweats just thinking about his crying spells, so I’ll spare you the details. His esophagus was burning him up. At the same time, he was hungry and longed for my milk.

Our breastfeeding sessions were a real struggle. I breastfed him holding him straight up, while walking him up and down the corridor for a couple of hours. Believe me, that wasn’t my cup of tea. Of course, I was not “allowed” to hold him in my arms the conventional way because that would only irritate his esophagus further. So,we carried out this routine every time I had to feed him.

Only one doctor pointed out that I should eliminate a great number of foods from my diet. Of course, I dismissed her opinion hastily because it didn’t sound “scientific” enough to me. Of course, as my baby boy grew older and we began to taste solid foods, things became better. Eventually, I was the only one who could notice a minor discomfort at times. I also noticed that he denied in a very strong manner to have some foods and so I gave up trying to feed him those, such as tomatoes, and wait instead until he was ready to have a go at them.

Now let me fast forward to my second baby. Once again I was determined to breastfeeding her like I did with my son. This time round, I knew what I was up against. And I saw the very same first symptoms once again from her second week.

This time though, I decided to follow my sister’s advice. She had already two sons, both with silent reflux issues and a similar experience to mine. The difference was her diet. Things went much more smoothly for her second child because of her diet. So, I figured that I had nothing to lose by following her diet.

For starters: I eliminated any foods with any tomatoes or tomato sauce in them. I ate only lettuce and carrots. Bananas and apples were fine, but no oranges or any “acidic” fruit were allowed. Olive oil and olives were great and so was real butter, but no margarine. Red meat (veal) and chicken meat were alright. Pasta, bread and potatoes were also good. But that was it; nothing else except jello for dessert.

Those are the only things I ate for a semester. Of course, that’s not a balanced diet and I had to take vitamin supplements to make up for that. And please by any means, don’t try this out without your doctor’s consent first.

Six months of this diet wasn’t great. I missed tomatoes and tomato sauce. And I missed having all those other veggies and legumes, too. But it worked. It really worked for my sister and it definitely worked for me. We managed to cope with silent reflux under much better terms. It became manageable. It gave me more time to enjoy the actual breastfeeding process, something that didn’t happen the first time round.

My daughter is almost 17 months old now and I still breastfeed her twice a day. She hardly has anymore symptoms and I can honestly say that we’re out of the bushes. But for whatever is worth, I would breastfeed them all over again. It did pay up at the end, and it did work out despite the discouragement I felt at times.

However, I would have payed closer attention to that doctor’s advice and I do owe her an apology. Perhaps, I could have even spared my son all that pain and discomfort if I was more open-minded. I don’t know for sure. Some people told me that my “conclusions” are speculative and circumstantial. My instinct though tells me otherwise. And at the end of the day, we, moms, have a way of telling things about our children just by watching and observing them close enough. Don’t we?

https://te-esse.com/wp-content/uploads/2018/07/cuckooland_799540_2_feature.jpg 440 440 Velvet Velvet https://te-esse.com/wp-content/uploads/2020/01/ADP_9072_1.jpg July 4, 2018 December 16, 2019
Login to Te Esse by Velvet
Reset Password
Enter the username or e-mail you used in your profile. A password reset link will be sent to you by email.
Already have an account? Login
This site uses cookies in order to provide a better user experience. We'll assume that you OK with it, but you can opt-out if you wish. Read more.