Minimalism by definition is characterized by simple massive forms and extreme spareness. Although, at first it was a movement in sculpture and art, it soon took over music, fashion and gradually the design industry. Minimalism has even become a lifestyle movement. It has even kept the design industry in a state of captivity for over a decade. But, maximalism in interior design is finally here. 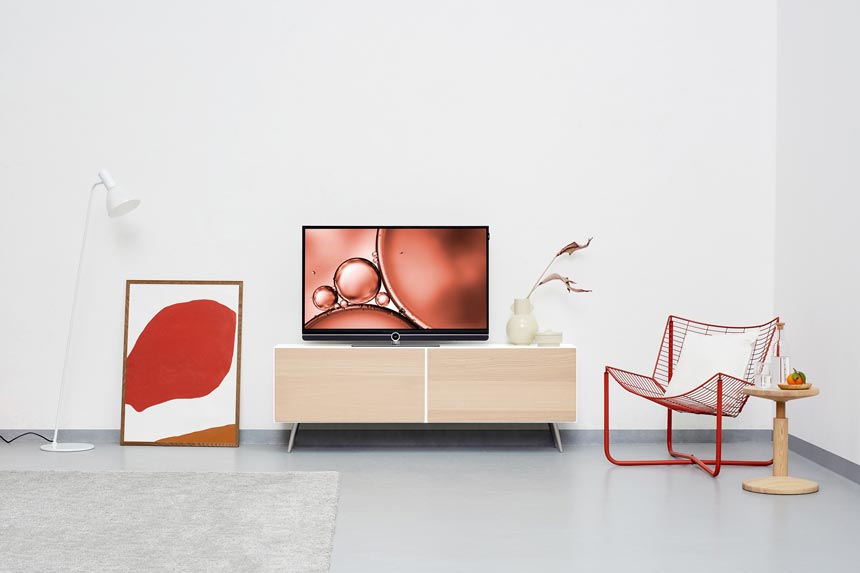 Let me tell you a little secret. Nine out of ten of my clients during the first consultation, declare themselves as fans of the philosophy “less is more.” They ask for a minimal styled interior within a modern context!

BUT, believe it or not I always have to ask them ‘how much less is more for you?’ Why? Because, almost everyone has a different grasp of minimalism. Minimalism calls for simplicity as a means of a deeper appreciation of our surroundings. But how minimal is your style, and is less really more?

I can name, on top of my head, three typical minimalist interior design philosophies: the Japanese, Cycladic (Hellenic) and Scandinavian (there might be others, but I’m only going to talk a bit about these three). Japanese minimalism is by far, the one closest to the actual definition. It relies on the influence of Zen Budhism and hence, it instills minimalism as a lifestyle rather than a mere design scheme! Watch this video about being minimalist (trust me don’t skip it, it’s only a minute and a half and it is enlightening!) 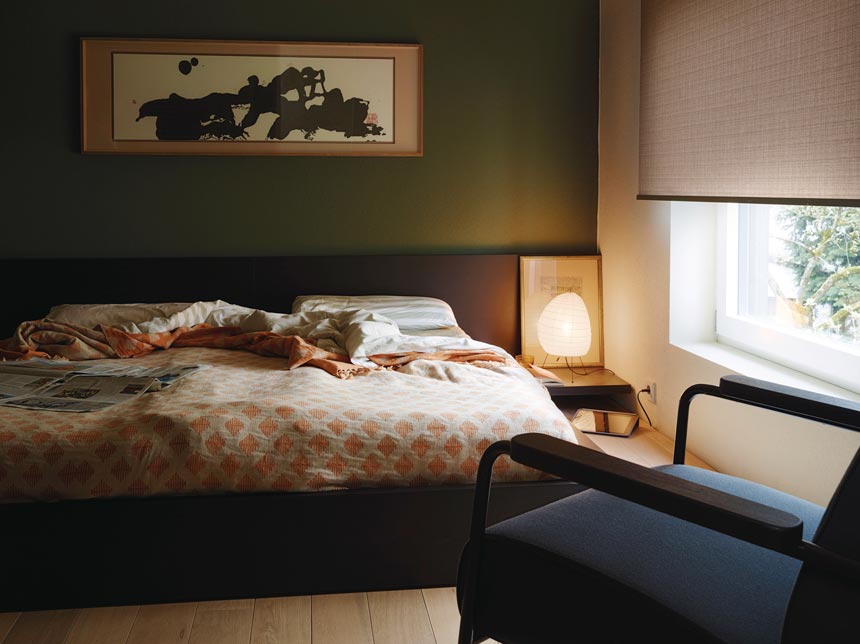 Nest.co.uk. Vitra’s Akari 1A Table Lamp is one of a series, designed in the 1950s, by Isamu Noguchi. Inspired by his ancestral home, Noguchi adopted the traditional paper manufacturing techniques of the town of Gifu. The delicacy of form and practical nature of the lamp is mirrored in the name ‘akari’ meaning ‘light’ in Japanese.

How many of you are willing to give up your possessions and keep only the very essential ones just like those Japanese did, as a way to lead the ultimate minimal living experience? Although, I admire their loyalty and faith in the “less is more” philosophy well, let’s just say that personally I’m not ready to follow it!

Let me go on to the Cycladic minimalism. That is a very special kind of design minimalism that flourishes in the Cyclades, Greece. It partly came into existence as a means to overcome nature’s “wild outbursts” such as earthquakes and volcano eruptions and partly due to the scarcity of elements like timber. (There is an evident shortage of forestry in the Cycladic islands).

For example, concreting different surfaces inside the cave homes of Santorini was a way to “smooth” over nature’s violent disruptions! The white color used helps reflect the sun in the summer, thus keeping the interiors cool. You could easily argue that the cycladic minimalism was a result of an environmental impact in combination with necessities.

I believe that explains why when you visit the cycladic islands, its minimalism makes absolute sense to you. It doesn’t strike you as odd or as a misfit and soon enough you grow to love it and appreciate it. Moreover, I believe that these minimalist interiors make the most wonderful showcase of your very own personalized style.

The reason is simple. There are no sofas or beds or expensive, eccentric furnishings to “steal” away the show from you. Everything is kept understated. Therefore, your very own clothing and accessories (jewelry, hats, scarves, sunglasses) become the house’s decor. 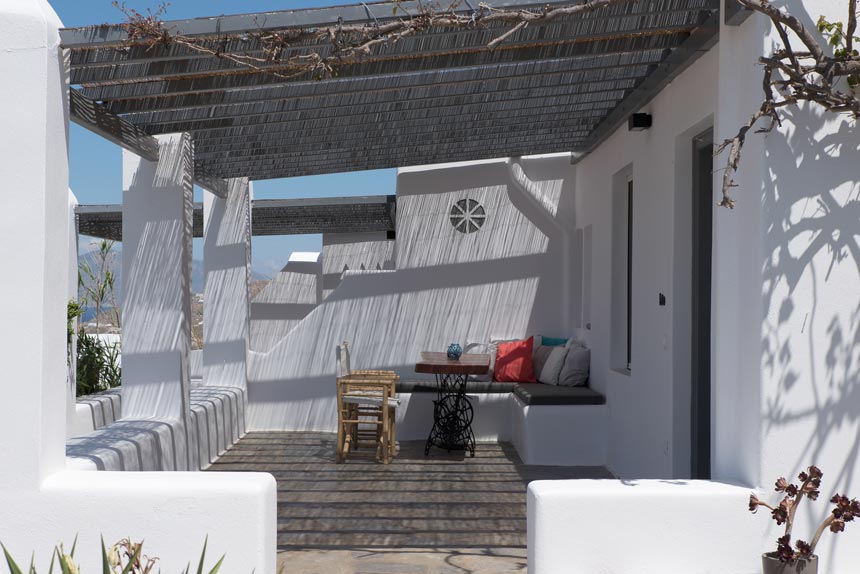 Image: A. Drakakis/Bellou Suites in Mykonos 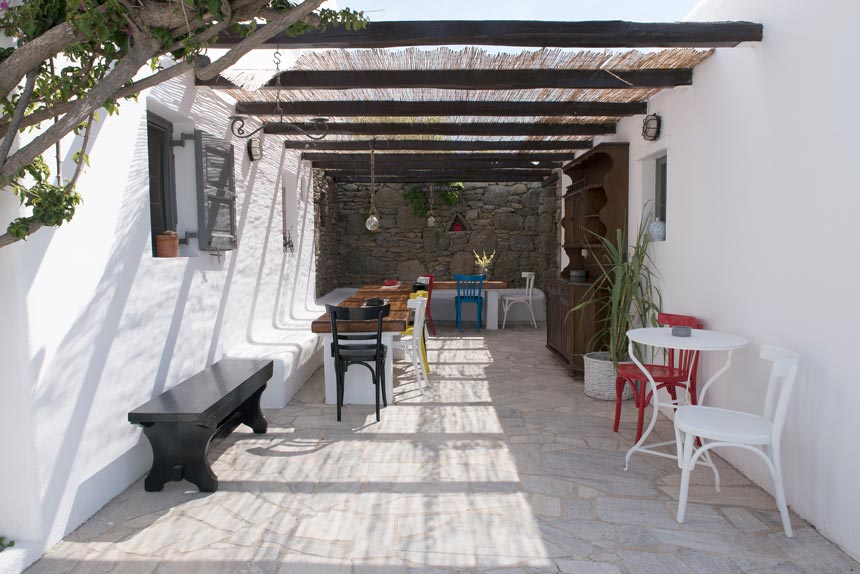 Image by A. Drakakis/Bellou Suites Mykonos

Next, we have Scandinavian minimalism. It is characterized by its neutral colors, wood on wood and reverence of form and function. Scandinavians have an abundance of forestry, need for natural light and deep love of nature. Their whole design philosophy is based upon those givens. They pay special attention to detail and hence, Scandinavian furniture is well known for its design, finish, quality, and durability. 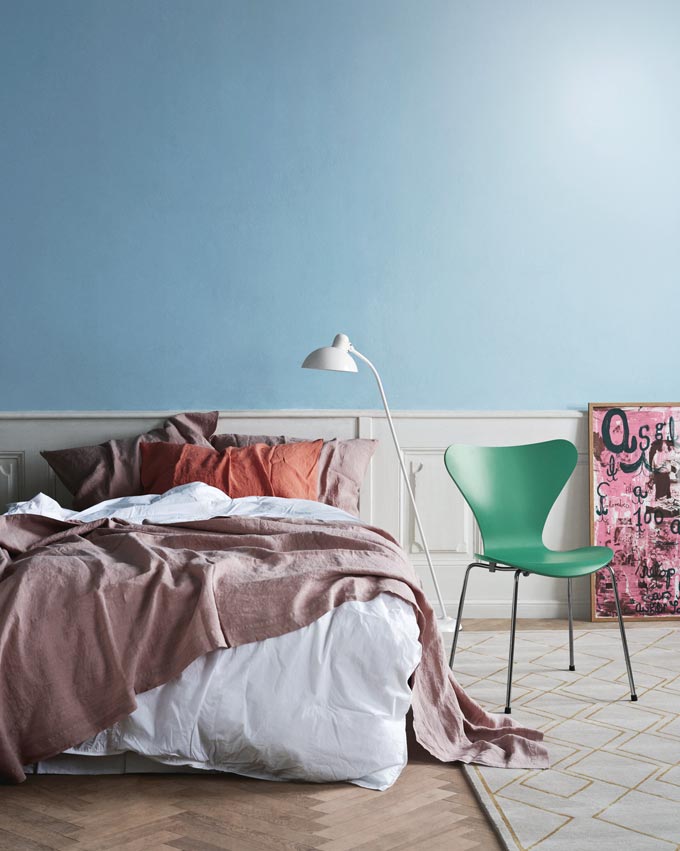 Nest.co.uk. Take note of The Series 7™ Chair designed by Arne Jacobsen in 1955 that has become one of the worlds most recognisable chairs.

Scandinavian design minimalism is probably the one kind that has been scrutinized, analyzed, and duplicated over and over again more than any other design. But, a real good design concept remains good no matter how many times it’s duplicated. Moreover, it is evolving and nowadays, it “moderately tolerates” and makes allowance for hints of pluralism. And that’s where maximalism in interior design is stepping in. 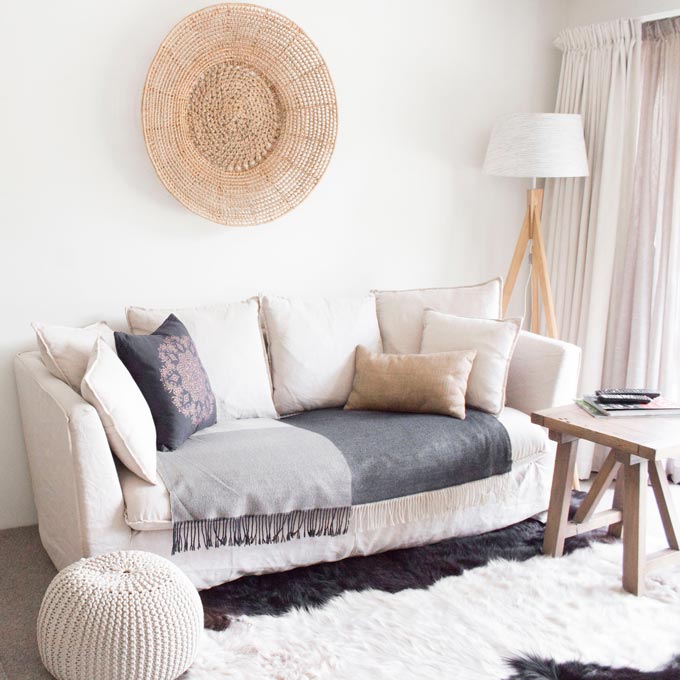 But did the design industry really surrender to minimalism completely and utterly to the point of no return? Oh, no! In some cases, minimalist interiors became sterile and boring! And since every trend follows a pendulum like trajectory, the wind of change came! 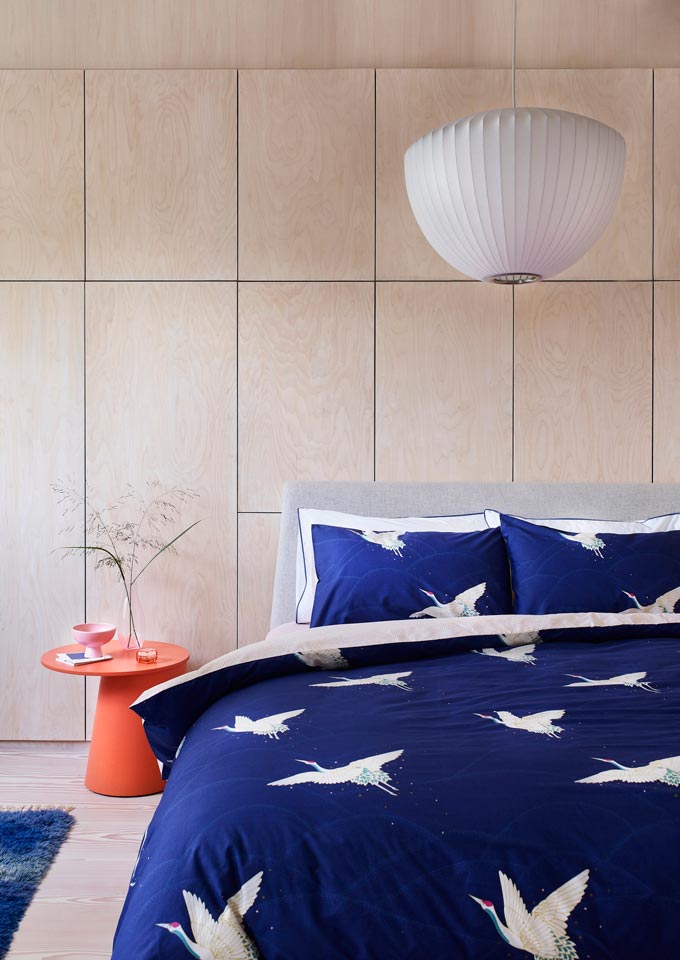 Christy. A bedroom with a Japandi vibe to it.

As such Japandi, the fusion between Japanese and Scandinavian interior design minimalism was born. Moreover, pluralism started to trend again and maximalism in interior design is becoming all the more popular. Because more is MORE! Simple as that.

I think it would be nice to watch this short video from the 56th Salone del Mobile 2017 exhibition in Milan. It is probably the most influential worldwide furniture exhibition that took place this April. The conclusion drawn from this exhibition is that maximalism in interior design is HERE!

[Update: you can also watch this video below, I put together with the highlights from Salone del Mobile 2019 from my recent visit to the fair].

Colors, layering, rich textures, artisanal eclectic decor, rugs, luxurious materials i.e. marble with intense veining, mirrors, embellished wood and sculptured lights are the protagonists again and gaining ground and momentum every moment as we speak. Designers are now saying that it is time to enjoy our belongings, that we collect over the years into ensembles, without the guilt-trips of excessive splashing out.

Let’s face it. Most of us live in societies where maximalism rules in many levels and it has done so over many decades now. It has shaped us into beings who enjoy the process of transforming and constantly updating our wardrobes, our homes, our work spaces. Chances are that our existing interiors are somewhat more “plural” than we originally intended.

So, perhaps there’s no real reason to beat ourselves over that, as long as we keep things balanced and feel happy about our choices. I like Iris Apfel‘s attitude about life, style and interior design for this very reason. She personifies maximalism, but no one would dare hold that against her. She made choices that made her happy at the end of the day and that’s evident and most inspiring.

My home makes me happy because it’s like being greeted silently by a lot of old friends. – Iris Apfel

So, time to do the math! More plus more minus the guilt is glamour chic. I hope I got you thinking a little. You see the term “minimal” is used by many a bit loosely and not very justly. 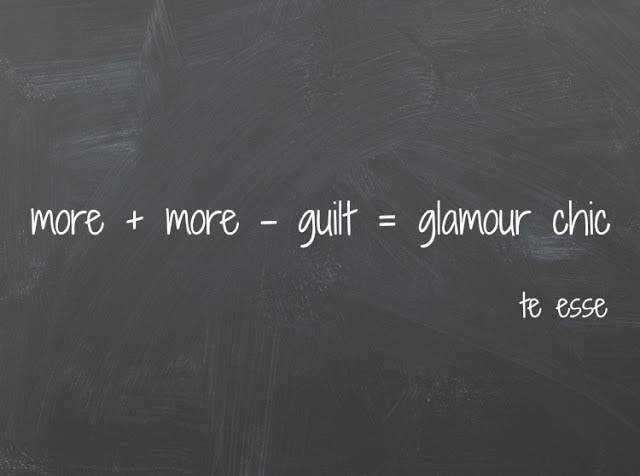 So, take a little time to think things over and call them as you see them. You might actually feel much better about your existing interior. You might even get in the mood and splash out by adding more…embracing maximalism in interior design.

More is more and less is a bore! Iris Apfel

Don’t forget to subscribe and share…Lots of interesting stuff are coming up soon!

April 27, 2017
Previous
How to Make Successful Color Combinations
Next
Wanderlust Adventure: Sailing
You might also like
One of the following
January 22, 2021

The Interior Design Trends 2021 After the Pandemic

https://te-esse.com/wp-content/uploads/2020/08/nest_Bauhaus-inspired-artprint_2.jpg 440 440 Velvet Velvet https://te-esse.com/wp-content/uploads/2020/01/ADP_9072_1-150x150.jpg September 1, 2020 September 3, 2020
Login to Te Esse by Velvet
Reset Password
Enter the username or e-mail you used in your profile. A password reset link will be sent to you by email.
This site uses cookies in order to provide a better user experience. We'll assume that you OK with it, but you can opt-out if you wish. Read more.